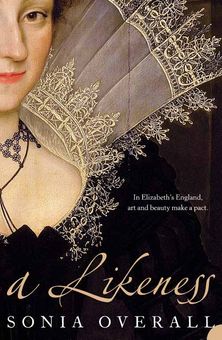 Norfolk, the 22nd year of Elizabeth I’s reign. An ambitious young painter strikes out from his humble beginnings for the teeming City of London. Haunted by the image of his bride’s gruesome death, and fuelled by his desire to portray the splendour of life, he sets his sights on a place at the Queen’s glittering court. Yet talent alone does not open the doors to royal favour, and the artist is thrown into the petty intrigues and rivalries of the English portrait schools. Here he meets Kat, a legendary courtesan with an unusual proclivity for paint. Their complex alliance leads them into a world of bribery, politics and power, and a court peopled by the celebrated figures of the age. A Likeness is a masterly portrayal of Elizabethan England, the lives of noblemen and servants, artists and courtesans. It is also a deliciously erotic tale of two young people’s desires and a thriller of intrigue and double-dealing.