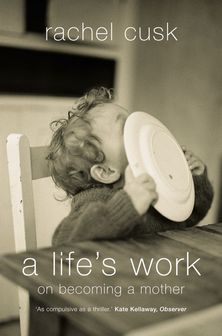 A Life’s Work: On Becoming a Mother

A powerful and honest insight into what it is to become a mother from the Whitbread Award-winning writer, Rachel Cusk.

The experience of motherhood is an experience in contradiction. It is commonplace and it is impossible to imagine. It is the process by which an ordinary life is transformed unseen into a story of strange and powerful passions, of love and servitude, of confinement and compassion.

In ‘A Life’s Work’ novelist Rachel Cusk attempts to tell something of this story, an old story set in a new era of sexual equality. When we no longer know what it is to be a woman, what is it to be a mother? When our expectations are so complex, what can we make of the simple lowliness of caring for a small child? Cusk’s story of a year of modern motherhood becomes many stories: a farewell to freedom, sleep and time; a lesson in humility and hard work; a journey to the roots of love; a meditation on madness and mortality; and most of all a sentimental education in babies, books, toddler groups, bad advice, crying, breastfeeding and never being alone.

Reviews of A Life’s Work: On Becoming a Mother