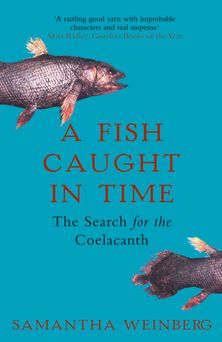 A Fish Caught in Time: The Search for the Coelacanth

A gripping story of obsession, adventure and the search for our oldest surviving ancestor – 400 million years old – a four-limbed dinofish!

Reviews of A Fish Caught in Time: The Search for the Coelacanth