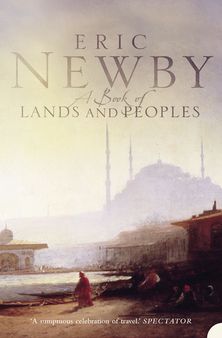 A Book of Lands and Peoples

In 1985 Eric Newby compiled an immensely successful anthology of travel writing called ‘Travellers Tales’ that was distinguished by its originality and the genuine affection with which each entry had been chosen and described. Newby’s enthusiasm and love for the subject shone out on every page, and the book became a travel-writing classic.

Now, nearly twenty years later, Newby returns with a collection even more far ranging and delightfully entertaining. A virtually endless treasure trove of the bizarre, the touching, the profound and the farcical, ‘A Book of Lands and Peoples’ is a collection of staggering scope and range. From Herodotus to Wilfred Thesiger, from Christopher Columbus to Paul Theroux, from Nick Danziger to Marco Polo, Eric Newby has brought together the absolute cream of the travel-writing crop into one beautiful and fascinating volume. There is simply no other book like it.

Reviews of A Book of Lands and Peoples