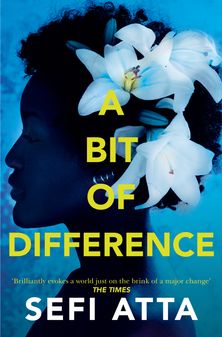 A Bit of Difference

A rich, fearless novel from the winner of the Wole Soyinka Prize for Literature in Africa.

Deola Bello is tired of London, but she’s not ready to give up on life. When her charity job takes her home to Nigeria, her thoughts turn to the future, as she questions whether her peripatetic existence is still right for her.

Deola encounters changes in her family and her home, while a new friendship with Wale, a charming hotelier, offers more lasting potential. But is Deola really equipped to cope with the altered social mores that are part of modern Nigeria?

Sefi Atta’s urgent, incisive voice guides us through this intricate and vivid narrative, challenging preconceived notions of Africa and bringing to life contemporary Nigeria. With boldness and refreshing honesty, A Bit of Difference looks at the complexities of our globalised world, through a very human lens.

Reviews of A Bit of Difference