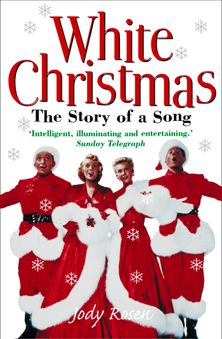 White Christmas: The Story of a Song

A vividly written narrative about the world’s best-loved popular song, White Christmas provides both the story behind the making of Irving Berlin’s most memorable tune and a rich cultural history of the America that embraced it.

When Irving Berlin first conceived the song “White Christmas”, he envisioned it as “a throwaway” – a satirical novelty number for a vaudeville-style stage review. By the time Bing Crosby introduced the song to the world in the winter of 1942, it was a yuletide ballad that would become the world’s all-time top-selling and most frequently recorded song. Berlin, the Russian-Jewish immigrant who became America’s greatest pop troubadour, had written his magnum opus – what one commentator has called a “holiday Moby-Dick” – a timeless song that resonates with some of the deepest strains in American culture: yearning for an idealised New England past, belief in the magic of the “merry and bright” Christmas season, longing for the sanctuaries of home and hearth. Today the song endures not just as an icon of the national Christmas celebration but as the artistic and commercial peak of the golden age of popular song arising from the Jewish-American assimilation, and a symbol of the values and strivings of the World War II generation.

‘White Christmas’ is both a period page-turner, tracing the story of the song’s making amid the vibrant world of mid-century Broadway and Hollywood, and a chronicle of the song’s legacy through today, when Berlin’s masterpiece endures as a secular hymn.

Reviews of White Christmas: The Story of a Song