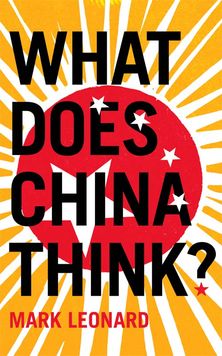 We know everything and nothing about China. We know that China is changing so fast that the maps in Shanghai need to be rewritten every two weeks. We know that China has brought 300 million people from agricultural backwardness into modernity in just 30 years (something that took 200 years in Europe). China’s voracious appetite for resources is gobbling up 40% of the world’s cement., 40% of its coal, 30% of its steel, and 12% of its energy. It has become so integrated into the global economy that its prospects have immediate effects on our everyday lives: simultaneously doubling the cost of the London Olympics while halving the cost of our computers; keeping the US economy afloat but sinking the Italian footwear industry. We have an image of China as a dictatorship; a nationalist empire that threatens its neighbours and global peace. But how many people know about the debates raging within China? What do we really know about the kind of society China wants to become? What ideas are motivating its citizens? We can name America’s Neo-Cons and the religious right, but cannot name Chinese writers, thinkers or journalists – what is the future they dream of for their country, or the world it is shaping? Because China’s rise – like the fall of Rome or the British Raj – will echo down generations to come, these are the questions we increasingly need to ask. Mark Leonard asks us to forget everything we thought we knew about China and start again. He introduces us to the thinkers that are shaping China’s wide open future and opens up a hidden world of intellectual debate that is driving a new Chinese revolution and changing the face of the world.