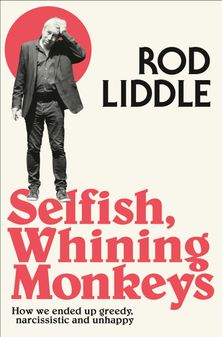 No previous generation has enjoyed the luxuries we take for granted today. But peace has made us complacent, freedom has made us irresponsible, affluence has made us acquisitive, comfort has made us neglectful of others, and security has made us tremulously insecure.

Unable to defer our gratification even for a moment, we want everything, and we want it right now – regardless of whether we can afford it or not. Our homes are viewed not as places to live in, but as ‘assets’ to generate money. Our collective civic decency has been replaced by a persistent, resentful sense of victimhood. Sedated by a dumbed-down popular culture, we are bullied by a tiny, unrepresentative elite of privileged metropolitan bien pensants, and afflicted by imaginary illnesses (Morgellons, anyone?).

What is it that has transformed the British – who in living memory were admired for their unassuming, stiff-upper-lipped capacity for ‘muddling through’ – into the feckless, obese, self-deluding, avaricious and self-obsessed whingers we have become?

Savagely funny and relentlessly contrary, yet with a poignant sense of all that we have lost, Rod Liddle mercilessly exposes the absurdity, cant and humbuggery of the way we live now.