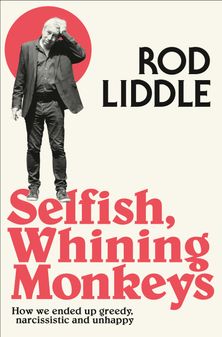 In the western world, on this great isle, we live longer, richer, safer than ever before. The unequal are made even, the weak are coddled, the sensitive are spared their blushes. We are freer than ever to be individuals, free from the sort of dour responsibility that attends faith in hoary old images of nation, community and, that most crummy and stifling institution of all, marriage. The pettifogging ties that once held us to account in society are now thrillingly soluble.   But are we happier? Fuck no. Reflecting on his parents, his upbringing and his life, Rod Liddle sets about dissecting and diagnosing – in some cases prescribing treatment for – our very sick state. Lawyers, politicians, citizens – they all cop it. Offending every piety conceivable, Selfish Generation demonstrates how we have become imprisoned by various – often antithetically opposed – ideologies that make life exponentially less pleasant for the people of Britain.   Frequently funny, dauntlessly contrary, even rather tender, but never than less eloquent, even in deepest apoplexy, Rod Liddle explains and excoriates modern living.