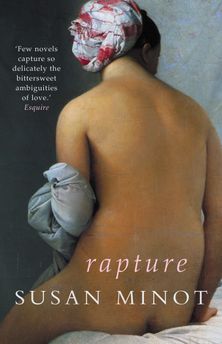 A powerful, sensuous new novel from the critically acclaimed author of ‘Evening’.

‘The bedspread was sloughing off the foot of the bed, the white sheets were as flat as paper. This is not what she’d pictured when she asked him over for lunch today. It really wasn’t.’

Taking one single interlude – two bodies entwined on a bed at midday, lovers rekindling an old affair – Susan Minot’s new novel chronicles a relationship from the alternating perspectives of a man and a women.

Thoughts cascade through Benjamin’s mind, memories of the chest thumping moment when he first met Kay; of the night they shared under the mosquito net on the pink bed in Oaxaca; and of his fiancé, Vanessa, and the simple choices that face him. Memories unspool in Kay’s mind too. She recalls the dangerous lure of Benjamin, the man who drove her scepticism away; the dread and the thrill of the first night they spent together; and now she asks herself, how has she let him slip back into her life like this?