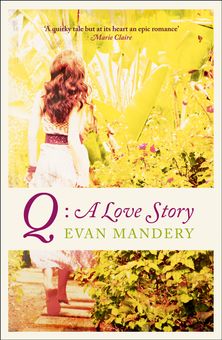 Would you give up the love of your life, on the advice of a stranger?

When our hero meets Q, one Monday morning at a cinema in New York City, he has met the love of his life. Their romance quickly blossoms: in the rowboats of Central Park, on the miniature golf course of Lower Manhattan, under a pear tree in Q’s inner-city Eden. Nothing, it seems, can disturb the lovers or prevent their approaching wedding.