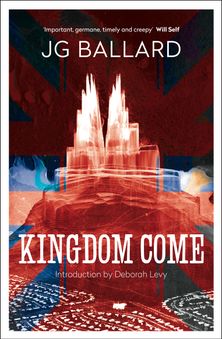 A gunman opens fire in a shopping mall. Not a terrorist, apparently, but a madman with a rifle. Or not, as he is mysteriously (and quickly) set free without charge. One of the victims is the father of Richard Pearson, unemployed advertising executive and life-long rebel. Now he is driving out to Brooklands, the apparently peaceful town on the M25 which has at its heart the very shiny shoppers’ paradise where the shooting happened – the Metro-Centre. Then the main suspect is released – thanks to the testimony of self-styled pillars of the community like the doctor who treated Richard’s father on his deathbed. Richard, determined to unravel the mystery, starts to believe that something deeply sinister lurks behind the pristine facades of the labyrinthine mall, its 24-hour cable TV and sports club…