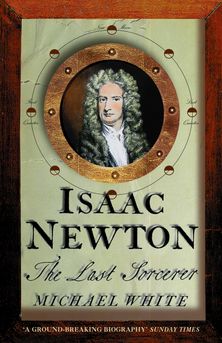 According to traditional accounts, Newton was the first modern scientist . As creator of the theory of gravity, calculus, modern theories of light and devisor of the three laws of mechanics, his methods are perceived as the genesis of modern science. Yet the traditional version of his life fails to tell, by some considerable margin, the full story. How for example could Newton’s apparent empiricism be married with his interest in alchemy and magic? What had inspired him in his discoveries? How did he reconcile his scientific discoveries with his religious faith? And, most of all, who was this man who, historians tell us, remained a virgin all his life and who seemed to be an argumentative ego maniac on the one hand and a kindly old man on the other? In this revelatory biography, White paints an original picture of Isaac Newton completely at variance with the traditional portrait.