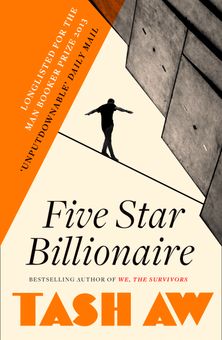 Welcome to Shanghai. A restless metropolis where old traditions collide with new ambitions – a place where anything can happen and anyone can become Somebody. Golddigger, property magnate, pop star, entrepreneur and guru: five newcomers are lured by the promise of making fortunes and remaking identities. But they find their lives converging in unpredictable ways, as the Five Star Billionaire’s lessons for success wreak havoc. For in a land where dreams may come true, nothing is ever quite as it seems…