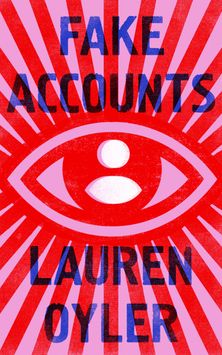 A wry, provocative and very funny debut novel about identity, authenticity and the self in the age of the internet, fakery and illusion

Suddenly left with no reason to stay in New York—or be anywhere in particular—our unnamed narrator flees to Berlin, embarking on her own cycles of manipulation in the deceptive spaces of her daily life, from dating apps to expat meetups, open-plan offices to bureaucratic waiting rooms. Narrated with seductive confidence and subversive wit, Fake Accounts challenges the way current conversations about the self and community, delusions and gaslighting, and fiction and reality play out in the Internet Age.