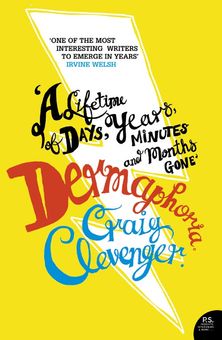 When Eric Ashworth wakes in jail, he has no idea how he got there, or why. His only memory is a woman’s name: Desiree. Released on bail and holed up in a low-rent motel, Eric starts to piece together his former life as a chemist at the centre of a desert drug ring with the help of a powerful new hallucinogen which simultaneously loosens his grip on the present. As the events of his past begin to emerge from the confusion of his fragmented memory, Eric must contend with a gnawing paranoia and the need for ever-increasing fixes – not to mention disturbing visits from an intimidating police detective, his former associate Manhattan White and the ominously named Toe Tag. As his grip on reality becomes more tenuous, past and present, reality and fantasy begin to bleed into each other, bringing this visceral, shifting novel of love and loss to its climax.