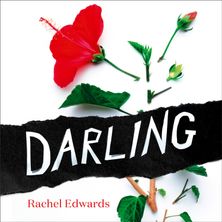 Lola doesn’t particularly want a new stepmother. Especially not one who has come out of nowhere and only been with her dad for three months. And – she’s not racist or anything – but since when did her dad fancy black women anyway?

Darling didn’t particularly want a new stepdaughter. Especially not one as spiteful and spoilt as Lola. She does want Lola’s dad though. And he wants her, so that’s that: Darling and Lola will just have to get used to each other.

Unless Lola can find a way to get rid of Darling.