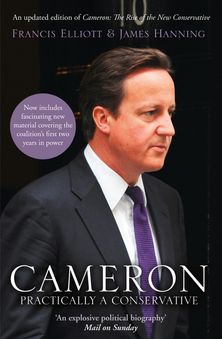 David Cameron is the first Conservative Prime Minister in a generation, and also the first leader of a coalition government for eighty years. But what is the reality behind his brand of repackaged Conservatism? And who is Cameron the man? Here, for the first time, is an independent examination of the ‘saviour’ of the Conservative Party and the life that brought him to Number 10 Downing Street. Based on extensive interviews with his closest friends, his most senior lieutenants and his critics, it traces his meteoric rise from an idyllic, privileged childhood, to the heart of government by the age of 25, to leader of the country. Critical and insightful by turn, this updated edition now covers Cameron’s first year as Prime Minister – a time that has seen unprecedented scandal in the political world, as well as challenges unique to the Conservative leader.