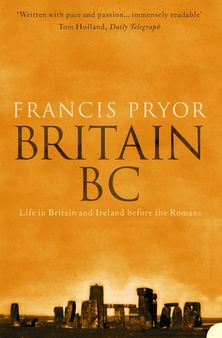 British history is traditionally regarded as having started with the Roman Conquest. But this is to ignore half a million years of prehistory that still exert a profound influence. Here Francis Pryor examines the great ceremonial landscapes of Ancient Britain and Ireland – Stonehenge, Seahenge, Avebury and the Bend of the Boyne – as well as the discarded artefacts of day-to-day life, to create an astonishing portrait of our ancestors. This major re-revaluation of pre-Roman Britain, made possible in part by aerial photography and coastal erosion, reveals a much more sophisticated life in Ancient Britain and Ireland than has previously been supposed. This edition does not include illustrations.

Reviews of Britain BC