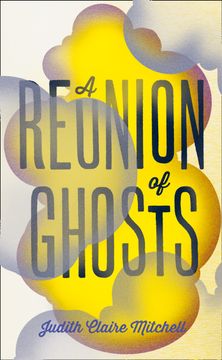 A Reunion of Ghosts

How do three sisters write a single suicide note?

In the waning days of 1999, the Alter sisters – Lady, Vee, and Delph – finalise their plans to end their lives. Their reasons are not theirs alone; they are the last in a long line of Alters who have killed themselves, beginning with their great-grandmother, the wife of a Jewish Nobel Prize-winning chemist who developed the first poison gas used in World War I and the lethal agent used in Third Reich gas chambers. The chemist himself, their son Richard, and Richard’s children all followed suit.

The childless sisters also define themselves by their own bad luck. Lady, the oldest, never really resumed living after her divorce. Vee is facing cancer’s return. And Delph, the youngest, is resigned to a spinster’s life of stifled dreams. But despite their pain they love each other fiercely, and share a darkly brilliant sense of humour.

As they gather in the ancestral Upper West Side apartment to close the circle of the Alter curse, an epic story about four generations of one family – inspired in part by the troubled life of German-Jewish Fritz Haber, Nobel Prize winner and inventor of chlorine gas – unfolds. ‘A Reunion of Ghosts’ is a magnificent tale of fate and blood, sin and absolution; partly a memoir of sisters unified by a singular burden, partly an unflinching eulogy of those who have gone before, and above all an profound commentary on the events of the 20th century.

Reviews of A Reunion of Ghosts